Distant Hill Gardens in the News

A Year at Distant Hill

An article about Distant Hill was published in New Hampshire Home magazine in the January/February 2012 issue.

Read the NH Home Article 'A Year at Distant Hill'

'The Stone Circle at Distant Hill'

Published in the Summer Solstice 2012 issue of 'Club Meg News'.

On May 18th, 2013, the Keene Sentinel published an article titled: "Walpole's Nerrie still remembers how to play" written by contributing writer Melanie Plenda. Check it out below...

Educator of the Year Award

Distant Hill Gardens received the 'Educator of the Year Award' from the Cheshire County Conservation District (CCCD) in 2014, and from the New Hampshire Association of Conservation Districts (NHACD) in 2015 for our efforts to educate the public on the advantages of conservation through our many environmental and horticulture based workshops and talks.

'A Visit to Distant Hill'

Posted in the online magazine 'Only in New Hampshire'

A trip here is a nature lovers dream come true. Have a peak!

Article About Distant Hill from 'Only in New Hampshire'

The following is an article written by

Michael Nerrie for the 'Home & Garden' magazine of the Keene Sentinel newspaper.

Gardening with a Purpose

"Biological diversity is the key to the maintenance of the world as we know it."

Thirty years ago, when my wife Kathy and I began developing our Walpole property we would later name Distant Hill Gardens, our very first purchase of plants was the New Hampshire State Nursery ‘Song Bird Package’. We were excited when the bare-root seedlings arrived that spring and we quickly planted them with high hopes for their future growth. Little did we know that years later the multiflora rose, autumn olive, and oriental bittersweet the State Nursery sold us in 1988 would all be placed on the New Hampshire list of non-native invasive plants!

In 1990 we began working on the ornamental gardens at Distant Hill in earnest. In those early gardening years our winters were spent thumbing through nursery catalogs looking for trees, shrubs, vines, groundcovers, and perennials that offered the showiest flowers, the longest bloom time, the best fall color, and all with the promise of little or no insect damage. Looks were everything!

We were following the accepted definition for landscaping at the time: to improve the aesthetics of a property by including visually beautiful, unblemished plants within the landscape. The relationship of the plants in the landscape to the overall ecosystem and its biodiversity was rarely discussed.

Looking back on it now, it is hard to believe that the terms “invasive”, “native”, and “biodiversity” were not in the landscaping lexicon of the time. As late as 1998, the year I completed the New Hampshire Cooperative Extension Master Gardener program, there was still no mention of the advantages of landscaping with natives plants, no discussion of invasive plants, nor any talk about the importance of biodiversity.

Thankfully, over the past decade the focus of landscaping solely on aesthetic criteria has been slowly changing. We are beginning to realize that the plants we include in our gardens can meet our need for a visually beautiful landscape and still play an important role in improving biological diversity.

This new shift in thinking often recommends the planting of only native plants in our gardens. Studies have show that native plants tend to support more caterpillar and insect species and therefore will draw more wildlife and be more beneficial to the ecosystem in general than alien plants. I feel, however, there is a problem with the vague and varied definitions of “native” used by the many voices in the discussion. Some gardeners are purists and follow their definition of “native” to the letter, not taking in to account a non-native plant’s attributes and ability to add to biological diversity and a functioning habitat for wildlife.

Doug Tallamay in his landmark book ‘Bringing Nature Home’ discusses using a functional definition of "native" as opposed to a chronological or geographic definition. Instead of thinking of a native plant as one that grew here prior to a certain date, such as before European colonization, we should think of a native plant as one that has evolved in a location long enough to be able to establish a specialized relationships with the ecosystem. It doesn’t really matters how long a plant has been present. What matters is that a plant is a functioning part of the ecosystem as a whole. As Tallamay states: “Let nature define nativity”.

A good example of this is the common or purple lilac (Syringa vulgaris) a flowering shrub native to the Balkans in Eastern Europe and brought here by the colonists. Common lilacs are alien plants if you are using either the chronological or geographic definitions for a non-native. However, lilacs are known to support 40 species of native caterpillars and are more valuable in that regard than many true native plants. I can’t imagine our New England landscape without our New Hampshire State flower, the purple lilac, and neither can the caterpillars and butterflies that now depend on this non-native alien!

Gardening With a Purpose

In designing our landscape at Distant Hill Gardens, we are still concerned with providing a diversity of visual form, texture, and color to the garden for the human eye, but we believe that we as gardeners can play an important role in sustaining local biological diversity by providing a diversity of plants, both natives and well-vetted non-natives. Although we have just begun to scratch the surface in our understanding of the interactions between our gardens and the natural world in which we live, what is becoming clear is that the greater the diversity of well-chosen plants we include in our landscapes the greater the overall biological diversity.

For too long we have considered our landscapes to be visually beautiful sanctuaries, separate from nature. It's time to step back and realize the larger role our gardens play in sustaining the diversity of life that is essential for a healthy and beautiful world.

Michael was an Associate Supervisor for the CCCD

Local Pollinators Need Our Help!
Pollinator populations worldwide are in decline, and they need our help. Whether you have 100 acres of land or just a small garden plot, there are a number of things you can do to encourage diversity and abundance of these vitally important creatures in the landscape:
Develop a Wildflower-Rich Garden
Provide Pollinator Nesting Sites
Just say NO to Pesticides and Herbicides
The CCCD Takes Action for Pollinators
A number of groups nationwide have begun work on slowing, and hopefully reversing, the precipitous decline of pollinator populations. At the forefront of the local effort is the Cheshire County Conservation District (CCCD). It began its ‘Pollinator Habitat Initiative’ in 2013 as a way to help landowners manage their property for native pollinators, and to increase awareness of the importance of pollinators and pollinator conservation. The Conservation District received two major grants to install, maintain, and monitor more than 20 pollinator habitat sites around the county. It is still early, but the data the CCCD has collected so far from its pollinator sites regarding pollinator numbers and species diversity is encouraging.
Michael Nerrie  06/01/2017

The following is an article written by

Michael Nerrie for the April Blog posting for the

Michael was an Associate Supervisor for the CCCD 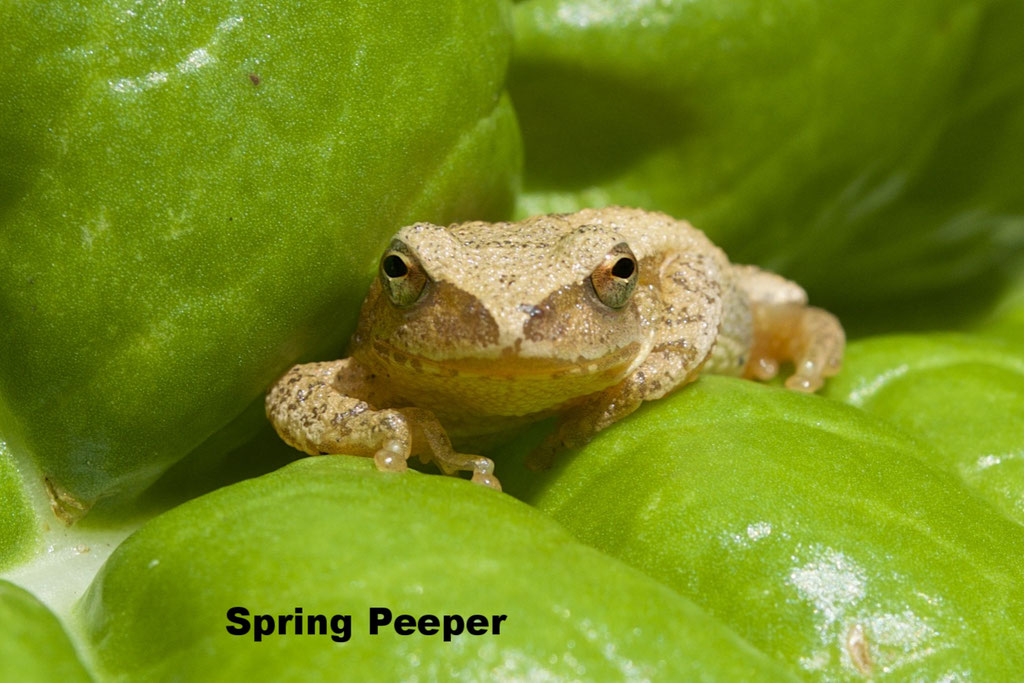 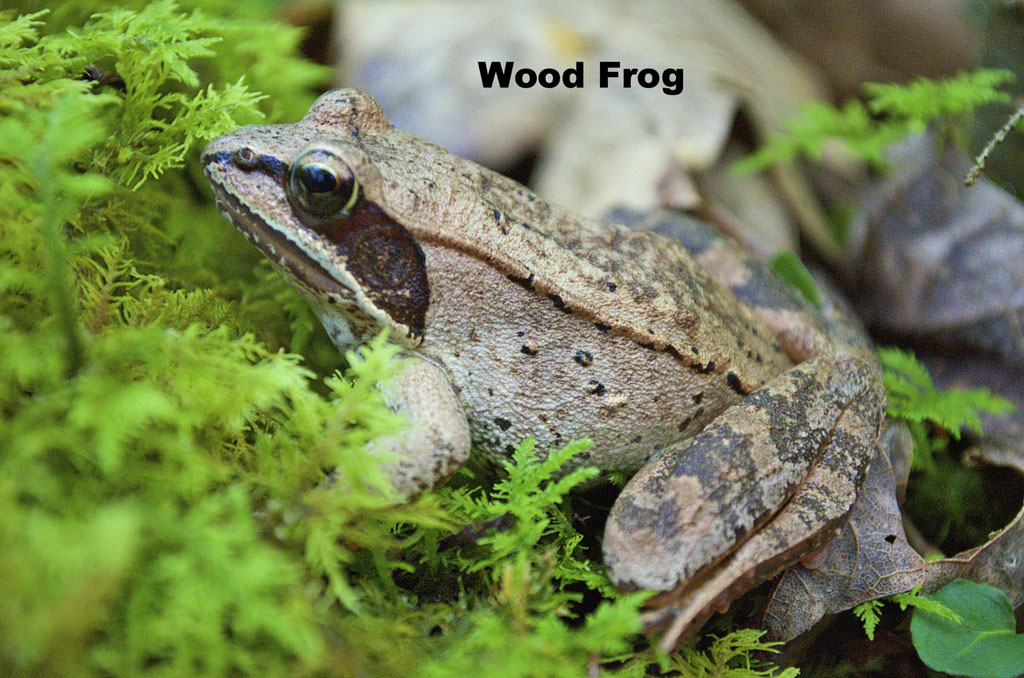 “One swallow does not make a summer, but one skein of geese, cleaving the murk of March thaw, is the Spring.” ~ Aldo Leopold

Here at Distant Hill Gardens & Nature Trail, in the hills of southwestern New Hampshire, over three feet of snow fell in the month of March. Although the calendar tells me that the season of renewal is upon us, gazing out a window at the head-high snow banks lining our driveway makes me think that spring will never arrive. But there is hope, for the early sounds of spring are in the air - literally!

As they typically do in early March, a large flock of red-winged blackbirds returned to Distant Hill. And they made their presence known in no uncertain terms. Singing from the tops of trees, the simultaneous clamor of hundreds of these avian songsters couldn’t be ignored. The cacophony of songs and calls of these early spring migrants was, at times, almost deafening. But after a long silent winter, I find the rich musical ‘conk-a-ree’ of the male red-winged blackbird to be an uplifting sound, no matter the decibel level.

Another sound of the season heard recently here at Distant Hill, a sound not heard since fall, was the ‘honk’ of Canada geese. The ponds were still mostly frozen when they arrived, but the few patches of open water here and there were irresistible to these migrating waterfowl. Heard in spring, their honking is yet another promising sign that warmer weather will prevail. Heard in fall however, their somewhat harsh refrain is a bit foreboding!

But the sounds that I most eagerly await each spring, the sounds that prove to me that winter is truly over, come not from the sky above but from two species of native frogs: the wood frog (Lithobates sylvaticus) and the spring peeper (Pseudacris crucifer). Both of these harbingers of spring freeze solid during the cold winter months, but as our wetlands and vernal pools begin to thaw, so will these cold-hardy amphibians. Even before all the snow and ice has melted, a loud chorus of newly awakened spring voices will be heard.

Often heard but seldom seen, spring peepers are the most vocal of these two frog species. In small numbers the ‘peep’ of the diminutive, inch-long ‘Pinkletink’ (its common name on Martha’s Vineyard) is soothing and melodious. But in a large army (the term for a group of frogs), the collective sound can be unbelievably loud.

The wood frog, although twice the size of its smaller cousin, has a call that is a much more restrained. And, unlike spring peepers who will breed in any wetland including permanent water bodies such as ponds or lakes, the wood frog breeds exclusively in seasonal vernal pools. They spend most of the year in wooded uplands, migrating to these ephemeral pools during the first rains of spring to breed. The males call to the females with a distinctive ‘quack-quack’, described by some as “ducks in the woods.”

Any day now, when we get a big soaking evening rain with temperatures above 40 degrees, the amphibian migration to vernal pools and ponds will begin. The sound of wood frogs and peepers will be the confirmation that we all have been waiting for: confirmation that spring has finally, truly, and definitely arrived!

One Of The Most Underrated Summer Destinations In New Hampshire

Read Our Reviews on

Distant Hill was listed as one of the Top 10 Places to Visit in New Hampshire!

Or if you prefer, you can support Distant Hill directly through your PayPal account.

or send a check via Snail Mail to: